The beautiful scenery, rugged coastline and historic landmarks of Northern Ireland were some of the locations enjoyed by the Toyota Social Media team who recently visited for a new hybrid communications campaign.

The campaign involved the use of drones to shoot Toyota hybrid cars, the Auris, Yaris and new RAV4 models at various locations, such as the Giants Causeway, the iconic cranes at the Harland and Wolff Shipyard and the Antrim coastline. However it did not involve just filming at great locations but also talking to the Toyota dealer network in Northern Ireland and some of their customers.The feedback provided has helped to show that your driving habits need not change, you do not need to plug them in and you simply fill with fuel and go.

The campaign was led by Toyota GB Social Media Manager, Gareth Jeffreys. He said, “Although hybrid sales are increasing across the UK there are still many customers who do not understand how the technology works and would like to find out more. We wanted to focus on Northern Ireland and campaigns such as this can help us increase awareness and understanding. The beautiful locations have added to the visual appeal.”

To learn more about Toyota Hybrid just get in touch via telephone on 028 3839 6800 or submit an enquiry button at the top of the page. 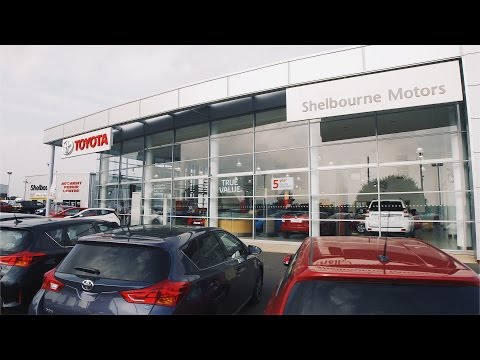 Northern Ireland is a special place with a rich heritage, spectacular views and some fantastic driving roads. Its blend of urban cityscapes and rugged landscapes make it perfect for Toyota hybrids, so Toyota have taken the Yaris, Auris and RAV4 hybrids to a selection of Northern Ireland's most famous landmarks and regions.

How many locations can you identify?