The new GR Yaris is a pure performance car, born from Toyota’s title-winning experience in the World Rally Championship. It brings motorsport technology and design directly to the world of the road car, true to TOYOTA GAZOO Racing’s ethos for making ever-better cars that are rewarding and fun to drive.

THE ALL NEW GR YARIS IS NO NORMAL HOT HATCH.

The GR Yaris is made with people united by one passion - and that is winning! Co-developed with Toyota Gazoo racing world rally team, it incorporates knowledge and technology from the pinnacle of motorsport. Enabling it to succeed on every surface in the World Rally Championship (WRC) yet still deliver a true sports car feeling. 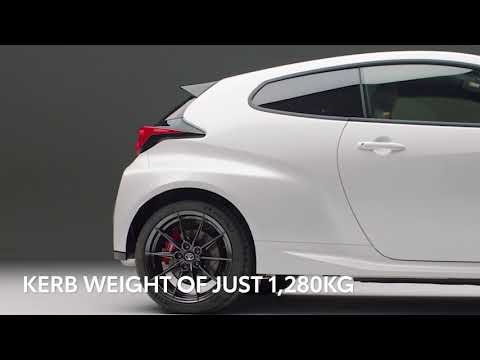 * Images may not be UK Specification.

All New GR Yaris Your Next Steps
Send an Enquiry
Book a Test Drive
Find a Dealer
View All Offers
Free & Fast Online Part Exchange Valuations Interested in selling or part-exchanging? Use our tool to find out what your vehicle is worth. Value Now
We have offers across the range and we are here to help find the best offer for you. We can also tailor a finance solution for you and also organise your part exchange. Please contact us for more information on our great range of offers. View Latest Offers
© 2019 Shelbourne Motors. All Rights Reserved

We work with a number of carefully selected credit providers who may be able to offer you finance for your purchase. We may be paid a commission for introducing you to a finance provider. Commission may be calculated based on either a fixed amount relating to the vehicle you are financing, a percentage of the amount you borrow, or a combination of both. Finance companies may also make other types of payment to us for introducing you to them. Any such amounts will not affect the amounts you pay to the finance company under your finance agreement..

Back
Vehicle Valuation
Compare Saved Vehicles
Top
Close
Your Cookie Settings
Select your cookie settings
Strictly Necessary Strictly Necessary cookies are essential to let you move around the website and use its features, such as accessing secure areas, shopping baskets and online billing. These cookies allow our website to provide services at your request.
Functional Functionality cookies are used to remember the choices you make, e.g. your user name, log in details and language preferences. They also remember any customisations you make to the website to give you enhanced, more personal features.
Targeting Targeting cookies collect information about your browsing habits to deliver adverts which are more relevant to you and your interests. They also measure the effectiveness of advertising campaigns.
Save Settings
Cancel Changes

Your settings will take affect when you refresh the page or move to a new page. Find out more about cookies