Introducing the Nissan 360-degree dash camera ‘JukeCam’ – an exciting new feature that can be used as a dashcam or removed and used as an action camera.

Nissan have showcased their new JukeCam with a record-breaking pogo stunt in Paris, the camera has two bespoke mounts, one for the Nissan Juke crossover and the other can be attached to a helmet and used to catch the perfect action shots.

This technology is the world’s first integrated multipurpose 360-degree camera, perfect for capturing driving footage as well as catching memories. The JukeCam can record footage in 4K and offers a 64GB memory. 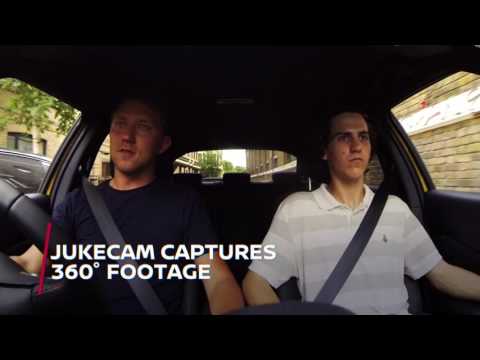 To add to the impressive new product, Nissan also set a New Guinness World Record with their new promo video. During filming, stunt performer Dalton Smith jumped over three Nissan Jukes in a row with just one bounce between them. Setting the record title for Most Consecutive Cars Jumped Over on a Pogo Stick.

Dalton Smith commented on his Guinness World Records™ title: "This was never going to be an easy world record to break, but the team and I are always up for a challenge. When Nissan approached us with the idea of JukeCam, we were all super-excited. Nissan's JukeCam is an awesome concept for drivers. I could definitely put it to good use."

Not only is this an exciting feature that can capture impressive footage, it can also help reduce insurance premiums when used on your dashboard.

We are certainly looking forward to testing the JukeCam out.