Established in January 1973 when Fred Ward bought the current Tandragee Road, Portadown site as just a filling station - from the owner John George the company has enjoyed over 4 decades of growth and success. Over the years, the company has continued to grow from strength to strength. Still actively run & managed by the Ward family, Shelbourne Motors represents multiple car franchises from a 9-acre facility on the same site it was founded on.

Operating the longest established, privately owned, Toyota franchise in Northern Ireland together with state of the art newly renovated Renault/Dacia & Nissan dealerships - Shelbourne Motors welcomes thousands of visitors from across Nothern Ireland and further afield customers both old and new. 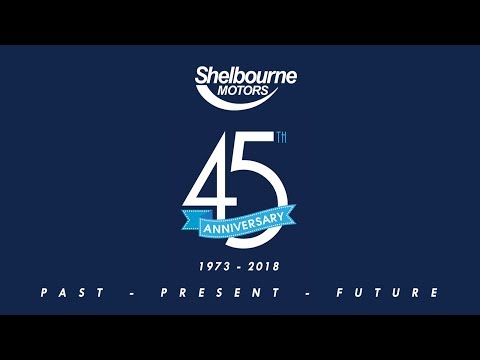 Whilst continually striving for expansion and remaining a family-run company, customers whether they are old or new, all receive the same friendly, personal, one-to-one service. With further expansion in 2007, Shelbourne Motors saw the addition of the AutoSelect used car supermarket.

The company has enjoyed continued success in recent times with a number of highly recognised awards including Renault Dealer of the Year in 2015 and in 2016 Shelbourne Motors we're recognised at the Autotrader Click Awards for Digital Transformation. The company sells over 4000 vehicles per year and achieves an average customer satisfaction of 99%.

Shelbourne Motors currently employs 120 team members across a number of fundamentally important departments including sales, customer service, body shop, administration, marketing and accounts, combined together to create the Shelbourne Motors family and add to the success of the business.

There is an exciting future ahead for Shelbourne Motors with expansion within Northern Ireland with announcement of a multi franchise site in Newry to open in early 2019.

Back to Top
Company Info